Comments on Jennifer Burns’s Goddess of the Market: Ayn Rand and the American Right

by Edwin A. Locke 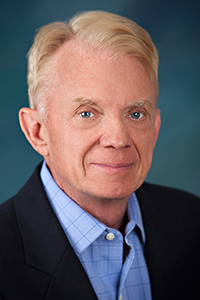 Let me begin by acknowledging that Burns’s book contains many correct statements about events in Ayn Rand’s life (based on my knowledge), including her great popularity as a speaker and guest on TV shows. On pages 198–199 Burns describes what Ayn Rand’s philosophy means to people and they are two of the best pages in the book. There are some accurate passages about her political philosophy (though not its roots) and her impact on people on pages 200–213. Nevertheless, as I will show, the book is fundamentally flawed and the general tenor is negative.

The most critical errors Burns is guilty of are superficiality and misrepresentation, specifically the failure to understand and present the essentials of Ayn Rand’s total philosophy as an integrated whole. More fundamentally, Burns does not really take ideas seriously. A recurring theme of the book amounts to: “Why couldn’t Rand be less rigid, less focused on consistency and just get along with people?” (examples are given below). Most people’s philosophies are a random collection of bromides, half-digested ideas and unanalyzed emotions. However, this is not true of Ayn Rand. You cannot understand her at all without understanding her philosophy. She is her philosophy—she meant it and lived it.

Burns’s stated theme is Ayn Rand’s political philosophy and its influence. This is a legitimate though dubious theme in that Ayn Rand made it quite clear that politics is not a primary and that you cannot formulate a rational political philosophy without a rational metaphysics, epistemology and ethics. Burns makes no attempt to systematically lay this groundwork. For example, on page 212 she points out that Ayn Rand’s philosophy prohibited the initiation of physical force but does not say why. Further, Burns shows repeatedly that she does not really understand Ayn Rand’s novels—novels which reflect her philosophy.

Now for concrete examples. (I will not point out every problem with the book—only highlights.) I will proceed chronologically, citing the relevant page numbers.