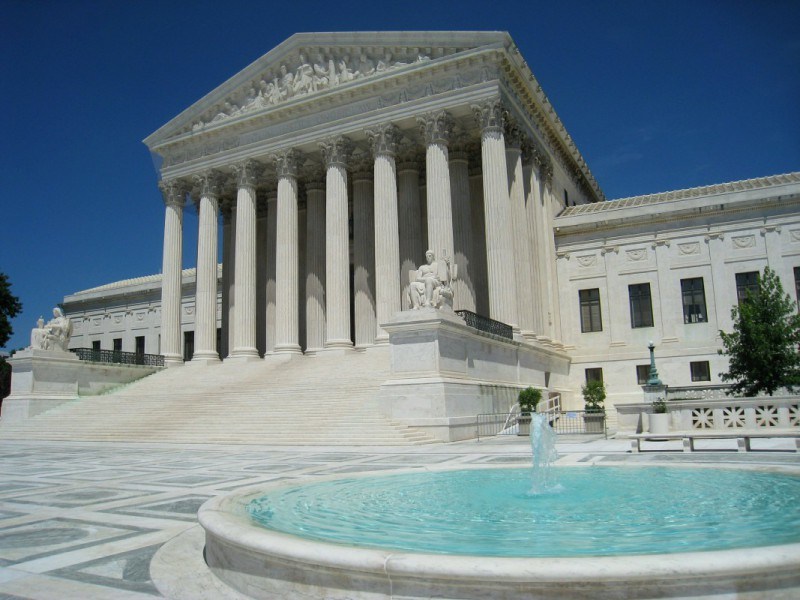 On July 4, 1776, the Founding Fathers forged a moral and political revolution. They declared for the first time in history that men do not exist to serve the government, but rather that the government exists to serve men — that its proper role is to protect men’s right to life, liberty and the pursuit of happiness. Since that day, American history has been — with rare exceptions, such as the abolition of slavery — the history of relentless assault on the rights identified in the Declaration and enumerated in the Constitution.

Under the direction of Attorney General Janet Reno we have recently reached a low point in our history. In a period of only a few months, she has sought to destroy an entire industry, crush America’s most successful company, and sentence a boy to slavery in a dictatorship.

Consider the cigarette industry. In the late 1950s the first author was a smoker. He knew even then, simply from reading articles in the press, that smoking was a risk factor in lung cancer. Nobody who was even semi-conscious from the 1950s on could fail to know that smoking was a calculated risk.

It is claimed that people cannot help smoking because they become “addicted” to nicotine. But people can become “addicted” to virtually anything that brings short-term pleasure: eating, alcohol, chocolate, TV, sex, gambling, surfing the net, e-trading, etc. It is preposterous to abrogate the rights of sellers and destroy an industry because buyers abuse products that give them pleasure.

Now consider Microsoft. In 1974 Bill Gates began with a big idea in a small garage. He sought to create a powerful, affordable operating system for personal computers. IBM and DEC were the giants of the time. Gates faced stiff odds. But he won and ever since, new features have continually been added to Windows. If you build a better mousetrap, the world beats a path to your door. But today resentful laggards beat a path to Reno’s door, to secure by coercion an advantage they couldn’t earn by their own effort. Trustbusters penalize Microsoft, not because it’s a “price-gouger” (its Web-browser is free) or an exploiter of workers (many are multi-millionaires) but because it’s successful. In recent months Microsoft’s value has fallen 33 percent. Reno has violated Microsoft’s rights and destroyed $175 billion of its wealth.

Finally, consider Elián Gonzalez. His mother risked (and gave) her life trying to take her son to freedom. His father apparently likes living under Communism and wants to bring the child back to Castro’s slave pen. Historically, America has given political asylum to those yearning to breathe free. But the INS and the Justice Department have concluded that parental rights take precedence over individual rights. Since when? Would these agencies have been so adamant had Elián been a Jewish boy whose return had been demanded by Hitler?

The secret premise of the INS and Reno is that totalitarian dictatorships, especially dictatorships of the left, are really not that bad. Does Janet Reno know that in Cuba the official government policy is that the boy belongs to the state not to his parents?

The Justice Department is shedding crocodile tears about the psychological trauma of Elián’s separation from his father. What about the trauma of having no right to one’s own life?

Sending Elián back is one of the worst moral betrayals in our country’s history.

Over the last 225 years our government has progressively become more of a destroyer than a protector of rights. Whether the issue involves a whole industry, a single company or a single individual, the fundamental principle is the same. Either people possess the right to their own life, which includes the right to trade freely with other men, or they do not.

Increasingly, the government’s answer has been that they do not.

Only philosophical corruption and power-lust on the part of government officials can explain such a travesty. Increasingly we are told that we do not have a right to our own happiness but rather must sacrifice our lives and happiness to others through volunteerism; to rocks, trees and animals through environmentalism; to less competent competitors through anti-trust regulations; to people who choose not to make rational choices through outrageous lawsuits; and to parents who want us to live in slavery.

Reno and her minions have no desire to protect our rights; they only want to control our lives. America is at a crossroads. Either we return to our founding principles of individual rights or we are doomed as a nation.

About Edwin A. Locke and Alex Epstein

Edwin A. Locke, a Professor Emeritus of management at the University of Maryland at College Park, is a senior writer for the Ayn Rand Institute (www.aynrand.org) in Irvine, Calif. Alex Epstein is a junior fellow at ARI. The Institute promotes the ideas of Ayn Rand–best-selling author of Atlas Shrugged and The Fountainhead and originator of the philosophy she called “Objectivism.”

Richard M. Salsman is an author and president and chief market strategist of InterMarket Forecasting, Inc., who earned his B.A from Bowdoin College, his M.B.A. from New York University and a Ph.D from Duke University.

Use this form to email Edwin A. Locke.
Response times vary, but often occur within 48 hours.

Use this form to email Dr. Locke